Designing for the growth mindset

I had a little secret when I was growing up. This secret is the reason I did well in school. It explains how I succeeded in any sport I tried. It also explains how I could make friends easily.

“Wow, you’re so smart! You barely studied and got an A+!”

“Wow, you’re good at soccer. You must be a natural.”

“You’re such a people-person. I wish I was an extrovert.”

The worst part about all this was how damaging these statements were to me, and I didn’t even know it at the time. They were forming mental restraints. It wasn’t that I was smart, it was that I studied extensively for tests. But when people asked, I shrugged it off to maintain the appearance of being smart.

I wasn’t a natural at soccer. I practiced hard every single day.

I was not a natural friend-maker, in fact, I lived in constant embarrassment over how shy I was. But I tried over and over again, learning through each attempt, what it took to make people smile, relax, and trust me as a friend. My secret was practice, not talent. But each bit of praise built up dangerous, mental pressure.

Power of mindsets: fixed vs growth

Carol Dweck spent her life investigating this division. Her studies focused predominately on children, but her findings apply to every person in the world. Carol discovered two mindsets that permeate a person’s every behavior.

The first mindset she labeled a fixed mindset. You believe that your qualities are carved in stone, and that you must prove yourself over and over. You’re either smart or you’re not. You either have creative ability or you don’t. You either enjoy to read or you can’t stand it. You are proud of your strengths, but you tear yourself down if you fail to prove it (because failure must mean it’s not really a strength.)

Carol labeled the second mindset a growth mindset. You believe that your qualities can be cultivated, and you’re constantly seeking challenges that stretch your limits; you love to learn and improve. You’re born with certain traits, but those can be changed through effort. You’re not afraid failing, because each failure is a step towards learning. 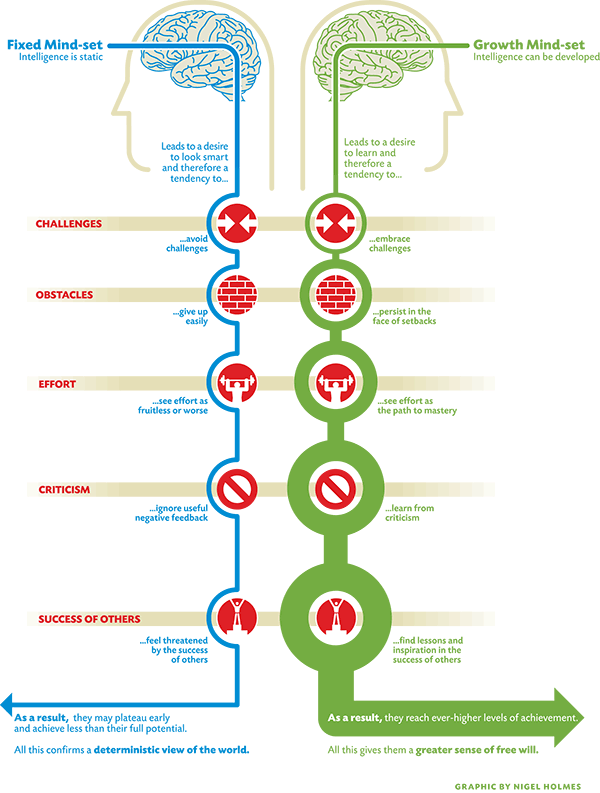 It’s not black and white. You’re not one or the other. You can actually lock a mindset to specific abilities.

While I consider myself to have more of a growth mindset, there are certainly aspects that I thought were fixed. I had always considered myself a terrible artist. I never thought I’d be able to dance.

Mindsets are always in flux. One day you can have a growth attitude, and the next you’re thinking in fixed terms.

Growing up, I thought I was amazing at math. I was in the “gifted” class in elementary school. High school was filled with honors and advanced placement mathematics. All was great until my first university calculus class. I failed hard, and I “realized” how stupid I was, that I must have fooled myself earlier in life believing mathematics was a strength.

It wasn’t until I found Carol’s research that I took a hard look at my thoughts and uncovered these (and many other) pieces I thought were fixed.

Mindset isn’t everything, until it is

There are other factors that determine qualities. Genetics do play a role. I may never have the intelligence of Nikola Tesla, nor the natural physique of Andre the Giant, but where does my cap lie? Certainly higher than I think.

OK, so we’ve acknowledged our desire to cultivate a growth mindset, but we haven’t discussed how it happens.

Let’s say you just finished a grueling 1.5 mile run (er, that’s only grueling for me.) You pull out your SuperAwesomeFitBuddy app to check your time.

“You completed that in 5 minutes, you are amazing!”

What just happened? The app called you amazing for finishing that run in 5 minutes. It’s also (subconsciously) telling you that if you don’t finish the run in 5 minutes next time, that you’re not amazing. That you did worse. That you failed. A fixed mindset begins to take hold.

What if it said this:

“You completed that in 5 minutes, what an amazing run!”

A subtle change, but it now implies that your ability to run is amazing. Your ability to run has been praised, not you as a runner. If you were to do the same run and take 6 minutes, you’d think “I can do better, so I will improve my running next time”, not “Shoot, I failed! I suck at running.” Growth mindset initiated.

❌ Bad: “You are so smart, of course you won the game!”
✅ Good: “What clever strategy! You played a great game.”

❌ Bad: “You must be naturally gifted at getting people to open up.”
✅ Good: “The way you connect with people is amazing.”

Designing for behavior change is growing in importance as people try to solve complicated behavior challenges. Companies working on these behavior changes need to be mindful of the language they use in their apps.

Nike+ does a fantastic job of praising your action once you’ve achieved success: 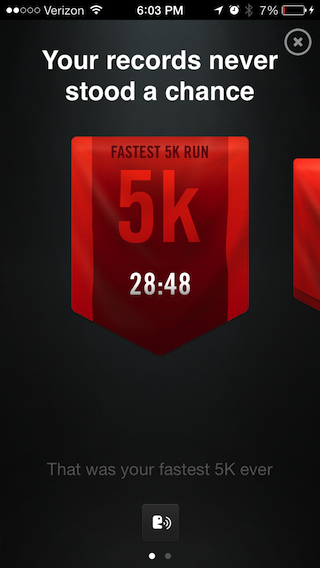 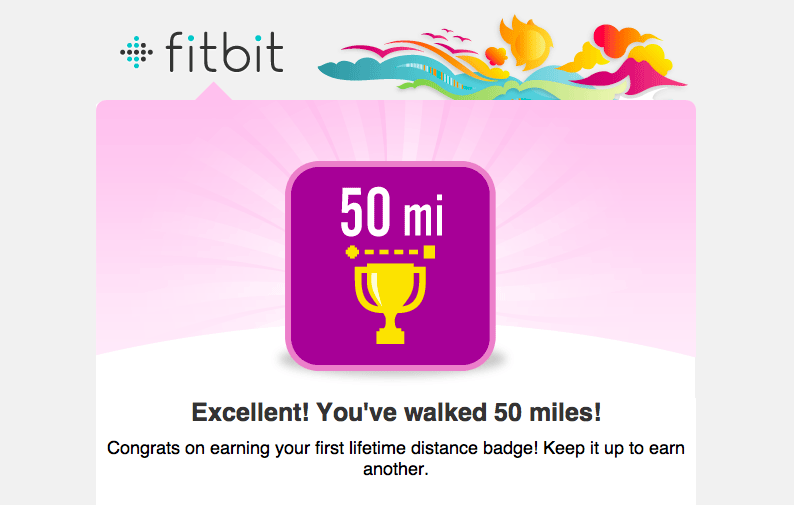 Instead of saying “Congrats, you are awesome”, they praise the action. They take it an extra step (pun intended, hah) and praise the achievement as well!

Next time you sit down to write copy for a bit of praise, keep in mind the growth mindset: praise the person’s action to keep them focused on improving that action.

I was inspired by Aaron Swartz’s article “Believe you can change” and dug into the details by reading through Carol Dweck’s book, Mindset. I would highly recommend reading both.